Laura Treanor Coury is experienced in all aspects of commercial real estate transactions, including real estate finance, sales and acquisitions, leasing and construction. She has represented numerous major investment banks in the origination, modification, sale and securitization of large commercial real estate mortgage and mezzanine loans. In particular, Ms. Coury has conducted the acquisition financing and refinancing of various Manhattan trophy office buildings, the credit tenant financing of a motor company headquarters and adjacent technology center in Michigan and the refinancing of various shopping mall portfolios throughout the United States.

Ms. Coury has also represented borrowers in both commercial conduit and large loan finance matters and has advised clients on corporate formation and structure. In particular, Ms. Coury has represented developers in the acquisition and construction financing of premier condominium, luxury hotel and class A office buildings both in and around Manhattan. In her experience as a “dirt” real estate attorney, Ms. Coury has represented landlords, developers and tenants, including major retail and banking chains and ‘big box’ developers, in over a hundred retail, office, condo unit and stand-alone facility leasing matters. Ms. Coury has negotiated and drafted term sheets, subleases, ground leases, joint venture agreements, reciprocal easement agreements and co-tenancy agreements. She has consulted with developers, architects, contractors and engineers and drafted and negotiated architect and construction management agreements for the construction of retail stores and offices throughout the United States.

Before joining Bogal & Kahn LLP, Ms. Coury was an associate in the real estate department of Cadwalader, Wickersham & Taft LLP and a senior associate in the real estate department of Pryor Cashman LLP. She was also cited by the Association of the Bar of the City of New York and The City Bar Fund for her pro bono work with the September 11th Legal Initiative as an advocate for small businesses in downtown Manhattan following 9/11/01.

Ms. Coury is admitted to practice in the States of New York and Connecticut. 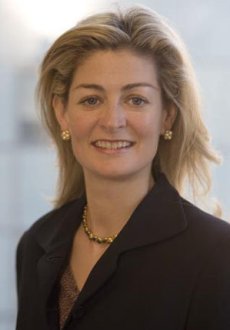