Daniel K. Hogan is Of Counsel to Bogal & Kahn LLP. Mr. Hogan has more than 20 years of experience representing clients in a wide range of legal transactions and disputes. Mr. Hogan is experienced in financial reorganizations and disputes in the Delaware Bankruptcy Court, including counsel to secured creditors, trustees, indenture trustees and various creditors’ committees. Additionally, for a decade, Mr. Hogan has acted as the outside litigation counsel for Highland Capital Management, L.P., one of the largest private-equity funds in the country. This representation, held in the U.S. Bankruptcy Court, Delaware Superior Court, as well as Delaware Court of Chancery, involves multi-million dollar lawsuits with some of the largest corporate entities in the United States. He has also represented several of the country’s largest financial institutions in litigation relating to bank and bond debt arrangements and has obtained eight-figure settlements for his clients in these matters.

Mr. Hogan received his J.D. from Widener University School of Law in 1989. He earned his B.S. from Wake Forest University in 1986.

Mr. Hogan is admitted to practice law in the States of Delaware and Pennsylvania. 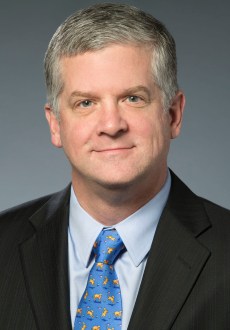